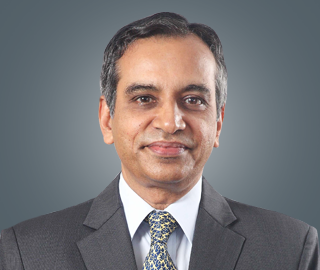 Mr. R. Shankar Raman is a qualified Chartered Accountant and a Cost Accountant. Over the past 35 years, Mr. Shankar Raman has worked for leading listed corporates in varied capacities in the field of finance.

Mr. Shankar Raman has been a recipient of several awards such as Best CFO of Asia in the Industrial Sector in a survey conducted by the prestigious New York based Institutional Investor Magazine, winner of Best CFO Awards from CNBC TV18, Financial Express, Business Today and Yes Bank.

Mr. Shankar Raman was the Chairman of the CII’s National Committee of CFOs in 2017-18.  He was also a member of Uday Kotak’s Committee on Corporate Governance constituted by SEBI.