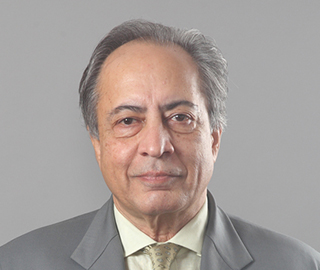 Mr. Aga spent his formative business years with Asian Paints in field sales and marketing responsibilities. He later headed the Furniture and Leo-Mattel Toys businesses of the erstwhile Blow Plast, now VIP Industries, before leading that company as MD from 1993 to 1998. In subsequent times, Mr. Aga has been Managing Director of Aditya Birla Nuvo, and more notably the Managing Director of Idea Cellular in its breakout years, before he stepped down in 2011.

For 2009, Mr. Aga received on behalf of Idea Cellular the ET Award for The Emerging Company of the Year. In 2009, Indira Innovation named him CEO of the Year, and in 2010 Tele.Net felicitated him for Outstanding Contribution to the Telecom Sector. In 2010, Forbes Magazine shortlisted Mr. Aga for the Person of the Year. The Scindia School conferred upon Mr. Aga the Madhav Award 2014 for the Old Boy Of Eminence.

Mr. Aga now engages in advisory and board roles for reputed corporates and not-for-profits. Mr. Aga is based in Mumbai and finds more time to travel, to read, and occasionally to write.